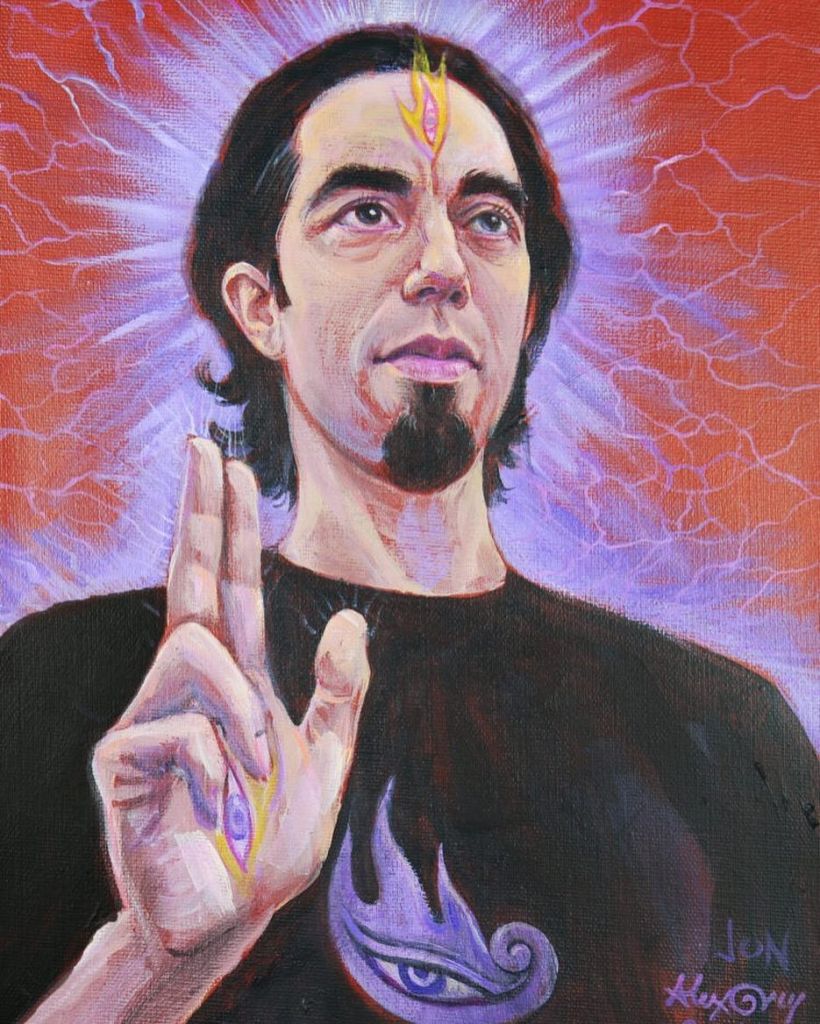 Reminiscing about Adyashanti’s pearls of wisdom always pulls up one of the most memorable learning experiences of my 58 years on this earth – on a topic that there is so much BS about and untruth and misinterpretation. This retreat was the ONLY knowledge about Jesus that ever resonated deeply with what actually felt right to me. It was a 7-day silent retreat called ‘Jesus the Revolutionary Mystic’. Simply, Jesus a revolutionary mystic who told the truth and was killed for it.

Adya’s dharma talks each evening explored a zen-based metaphorical examination of the Gospels of the Bible focused around Jesus’ life and death. These are only a few of my recollections, but if interested in further study, there’s a book (Resurrecting Jesus) you can google, by Adyashanti.

If I could sum up 7 days of deep exploration, I would say that it focused around the idea that Jesus’ life is the epitome of letting go of the egoic self.  Adya brilliantly perceives Jesus as Living in Action, sending those he “healed” (metaphor for awakening to Truth) out into the world to live their life through awakening to Truth.

Adya portrays the question ‘Who is Jesus’ as a metaphor for ‘who am I?’

In classic Zen, in order to fully understand the teaching you must show that you can EMBODY it. Jesus went into it (Form) completely. In a metaphorical way, Jesus completes incarnation fully.

Adya’s interpretation was that Jesus chose the disciples because they were people who needed him the most. Not because they were special. He (Adya) describes the disciples appearing (in his perception reading the Gospels) as bumbling idiots asking for a ‘special place’ on his right side (In the garden of Gethsemane). Instead who gets it? The criminal on the cross next to him.

I especially liked the way Adya described Pontius Pilot’s role in the story; how he is actually the ONLY one who really asks Jesus who he is, where is he from, and what is the Truth. Jesus reveals nothing to him, and when Pilot reminds him he has the power to crucify him, Jesus reminds him that if he wasn’t ‘Given the Power’ he wouldn’t have it. (It’s not Pilot’s persona that holds power, it’s his essence of Being One with God that holds the power).

One of my favorite metaphors:

The Jewish authorities represent any power authority that wants to hold themselves in high power. Pilot actually has to decide what’s more important to him, and so he chooses the power of the Roman Empire over Truth.

And Adya reminds us how the story continues to mirror our present-day reality:

NO AUTHORITY USING POWER TO KEEP CONTROL EVER WANTS ANYTHING LIBERATING OR TRUTHFUL TO INTERFERE WITH ITS AUTHORITY.

And finally, the Crucifixion symbolism: Two criminals to the left and right of Jesus.

Jesus the connection – The joining of Duality to Oneness.